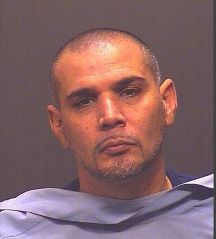 TUCSON, ARIZONA - A Cholla High Magnet School teacher accused of inappropriate conduct with a student has been arrested on a sexual abuse charge.

Eddie Rodriquez was arrested Wednesday and booked into the Pima County jail, Tucson Police said in a news release.

The Tucson Police Department was called to Cholla High School, 2001 W. Starr Pass Boulevard, on Monday where a 15-year-old student reported that Rodriquez made sexual contact with her while on campus Oct. 17.

Information on what Rodriquez teaches or how long he has been employed with the district was not immediately available.

The investigation is ongoing and anyone with information is asked to call 88-CRIME.